Tara knew what she needed to do to entice a man. She pulled on her figure-hugging mohair sweater showing off her shapely bosom and wobbly muffin top. The zip on her jeans wouldn’t go all the way up to the button, but she felt they would easily stay up as long as she didn’t sit down.

“MMMM…”  SHE MUSED TO HERSELF, “ALL THE EASIER TO GET THEM OFF.”

After wrestling to get her shoes on – without bending over – Tara did one last check in the mirror, smiled her big toothy grin and headed swiftly down the apartment block steps. Tara always seemed to be running late these days, “Oh well,” she thought to herself, she didn’t want to appear too keen.

Nigel was already sitting at the table when Tara finally floated across the dimly lit restaurant. She’d been practicing this ‘floaty’ entrance all day at work; she’d read in Cosmo how this style of walking, but seemingly not walking, would instantly beguile a man. What she didn’t make allowances for was the fact that she hadn’t been able to do her high tops up properly and no amount of ‘floating’ was going to stop her tripping and landing straight into the lap of her somewhat startled date.

All was not lost she thought to herself as she gazed dreamily up into those deep, sea green, eyes – Tara had read the entire Shopaholic series and knew how much men adored ditsy, quirky, eccentric, ‘funny little things’ –  Nigel stiffened, but not in the place you might expect,

Tara felt more than a little wounded at Nigel’s less than Darcyesque welcome as she tried to extract her earring from his button-down collar with grace and aplomb. It took two waiters and the Maitre d’ to untangle them, as her hair had also became entwined with his ridiculously large cufflinks.

Finally liberated Tara sat low down in her chair,  legs almost at right angles to her body, unable to bend in the middle. Her Chignon had unraveled itself into an unholy mess. Her intention had been to quickly release it later, letting loose all her golden locks in one smooth move as they slipped into a Martini, and hopefully between her crisp, starched, pure white sheets. Nigel just sat opposite staring with his mouth wide open. In an attempt to lighten the mood, plucking an olive from her drink, she flicked it towards his gaping chasm. Shot! Straight to the back of his …. throat. Whoops!

Nigel gasping for air threw himself to the ground while horrified patrons looked on. Fortunately, Tara was the dedicated first aider in her office building and knew exactly what to do. As her jeans had started to ride down she could only manage a penguin waddle over to where Nigel was rapidly turning from puce to blue. Intent on looking the part of the heroine she had no choice but to remove her jeans in order to quickly save his life. She did this with a struggle but felt pride releasing the rest of her chignon and tossed her head from side to side.

“For Christ’s sake, isn’t anyone going to help this man?” Shouted some random customer.

“Hey!” Tara replied indignantly, “these things take time you know, I’m  on it!”

As she returned to the task in hand a small crowd were kneeling down beside Nigel. A tall, dark, handsome stranger had him in a reverse bear hug and was pumping his skinny, but fairly fanciable frame.

“Try not to break him,” Tara guffawed, “We haven’t even had starters yet.”

Many a true word is spoken in jest… With what appeared to be a few broken ribs, concussion from Nigel hitting his head as he landed on the floor, and both front teeth sticking out through his top lip; he was carted off to the nearest hospital. Tara watched as the paramedics trollied him out between the bolted down tables, raised her thumb to her ear, her pinky to her mouth,

Newly single, Josephine Thomas, has been arrested on suspicion of drug dealing after misinterpreting the concept of ‘speed dating’.

Ms. Thomas (formerly Mrs. Kapowski) divorced her husband of 40 years and found herself cast adrift into the world of singledom. After six months of realising multiple cats and orchids were not a substitute for human company, and out of sheer loneliness, Ms. Thomas, after seeing an advert in her local Tesco signed up for OAP speed dating at a local community centre.

HOWEVER, POLICE WERE CALLED AFTER MS. THOMAS BEGAN TO DISPLAY RATHER ERRATIC BEHAVIOUR AND FURTHER SUSPICION WAS RAISED WHEN THE 66-YEAR- OLD FORMER DENTAL NURSE BEGAN TO DANCE ON HER DESIGNATED TABLE.

Barry Clements who was present at the event stated, “At first I just thought she was nervous about being back on the dating scene but then she became agitated and excessively talkative. My second thought was that maybe she had Tourette’s Syndrome, but I knew something was amiss when she asked me if I wanted to ‘get on it’ and produced a snap-it bag filled with white powder. I made my excuses and immediately brought it to the attention of the organisers who called in the Police.”

Brian Jones, 68, also present told us, “I thought it’s about time we had a goer turn up, at least she made an effort, unlike some of the frigid old cows here.” Ms. Thomas was arrested following the incident and according to sources spent a night in the cells re-acquainting herself with her childhood hobby of Irish dancing and what appeared to be a new pastime of gurning. She eventually collapsed into a fitful sleep and was released without charge the following morning, due to the mix-up.

Friends of Ms. Thomas, who were going to remain anonymous but decided against it, have expressed surprise at their friend’s behaviour.  June Willis (who specifically asked to be named ‘l’) said that what occurred was very much out of character for her now ex-friend. “I could hardly believe it when I heard, ”  said June. “She did once accidentally leave Boots with a toothbrush she hadn’t paid for and she suffered for days with the guilt which ensued; and I know she once took one too many ginger nuts at the bridge club but she’d been on the cabbage soup diet at the time, and after serious consideration by the committee, at an urgently convened meeting, it was agreed that she had probably done it subconsciously due to low blood sugar levels so we allowed her in again.

IT JUST GOES TO SHOW YOU CAN’T JUDGE A BOOK BY ITS COVER, I MEAN SHE SHOPS AT MARKS & SPENCER’S AND EVERYTHING”.

Ms. Thomas has not been seen since the incident apart from a trip to the local cat rescue centre where we understand her to have taken on a further 14 cats.

We approached ex-husband, Peter Kapowski, for comment who simply said, “wish she’d done that when we were married, I divorced her out of sheer boredom to be honest. There’s only so many times you can have Shepherd’s Pie on a Tuesday.”

At the time of going to print Josephine and Peter have been on at least two raves and are looking to rekindle their relationship. 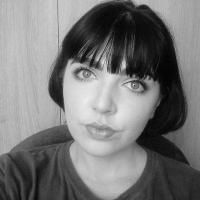 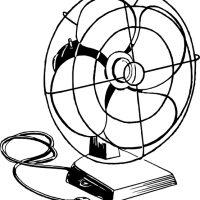