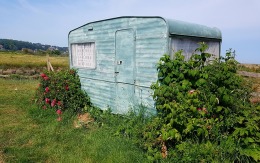 GoFundMe Replaces The Bank Of Mum And Dad

The Monologues of Clementine Close~Verity

Musings from the St Swithin’s school run.
In this edition: Helen,  Chair of the PTA.  Vice-Chair of Governors.  BA (Hons).

I don’t like to blow my own trumpet, but I am pleased to report that I have somehow bumbled through and triumphed once again at World Book Day.  As I always say, you can tell how much a parent loves their child by the effort they put into their darling’s WBD costume.  Of course, one could simply scoot down to a supermarket and purchase a highly flammable tribute to Messr Willy Wonka, but really, does that say love?  Does that demonstrate to our children the importance of the written word?  I would never sit in judgment, of course.  To each their own, and all that.  I simply ask myself, what would Jane Austen do? , and in a trice I’m at the sewing table, Singer going like the clappers while the slow cooker bubbles in the background with something delicious and legume-based.

Last year, my precious ones brought gentle smatterings of Narnia and Bag End to St Swith’s, dressed as Reepicheep and Bilbo Baggins.  Such was my pride that it was indeed my pleasure to hurl Youngest over my shoulder and carry him, his PE Kit, ukulele, lunchbox and book bag from the car in order to preserve his homemade felt hobbit feet.  I was not even the slightest bit annoyed when his cardboard dagger snagged my favourite cashmere Boden cardi, even though I had told him quite clearly to put it in his book bag for transportation purposes.

Such are the blessings of parenthood.  And in return, they were most gracious in their defeat in the costume competition to a Year 5 boy dressed as a Wardrobe.  (I would never be snide about another darling child, obviously, but honestly, that wardrobe was some pretty shoddy handiwork if you ask me.  Not even a hanging rail or handkerchief drawer to be seen.  I’m just saying, if you’re going to do something…)

This year, however, we had some treacherous waters through which to navigate our way on the good ship Parenting.  Darling Youngest wanted to go as Miss Trunchbull, which suggests some alarming cross-dressing tendencies for which we will of course employ a therapist in the fullness of time.  Eldest wanted to go as Saucepan Man, resulting in a terribly shaky moment in which I happened upon him in the kitchen trussed up in the Le Creuset.  Bomb disposal experts would have marvelled at my coolness when confronted with such a scene.

As ever, I applied the logic and people skills which stood me in such good stead in my career (perhaps you’re not aware, but I was tremendously successful before we moved out of the city and into our charming village location. Of course we do miss being able to get decent Thai food whenever we fancy, but the green spaces and sense of community are such a blessing) and order has been restored once more.  G&T for me, and two Darth Vader costumes from Amazon.  If you’ve not read the Star Wars books, you really should.  Terrific plot work.