GoFundMe Replaces The Bank Of Mum And Dad 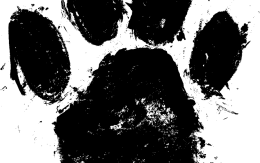 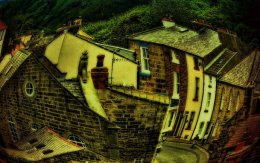 The Monologues of Clementine Close~Verity 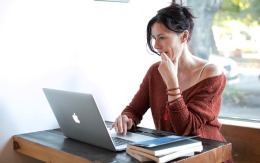 “Ha! No-one will ever have tasted a cake like this cake.” She boasted to herself.

As far as competing siblings went Mothering Sunday for Tara, her sister, and three brothers had always been top of the list. Being part of such a large family had its drawbacks. Being the youngest she had worn her brothers’ hand me downs, this wasn’t all bad as Sarah being the eldest had passed down her wardrobe to the boys and did occasionally like to wear the odd dress or two. The neighbours could never keep up with which was which, especially as their mother kept their hair short due to her paranoia about head lice.

There were no secret meetings held amongst the Lovejoy children in the run up to Mothering Sunday, if anything they gave each other an even wider berth than normal. They didn’t  want to risk giving away clues to the surprises they had in store for their mother. There wasn’t any clubbing together of money to buy that ‘one special present’, or to pay for the cruise their Mother always dreamed of. They didn’t give any thought to what Mother really wanted at all. Just another competition to win the title of ‘favourite child’.

Tara was the most competitive by miles. Every Mothering Sunday Eve she would start planning for the following year. This year she thought would top them all.  It had all been arranged with military precision, she had the winning formula and an air of premature satisfaction.

She pulled up in front of her Mother’s house and clocked the lack of cars in the driveway.

Tara was just getting goodies out of the boot when her Mother came running towards her.

“Come on, inside quickly and I’ll get my things.”

Tara was more than a little confused, she was pretty sure she hadn’t forgotten anything. As Mother flapped about fetching her coat and putting on her shoes she explained that they had been told to be at The Coaching House by 12.30pm, and she was pretty sure it was going to be a lovely surprise as Jason was the one that had asked her, and Jason was always full of lovely surprises.

“OK love, that’s very nice, we can have it later.”

“Now Mum, please…”, Tara insisted as she ripped open the box that she’d lovingly decorated with glitter and bows that spelled out ‘MUM’; she would have done Mother but she had lost the will to live after completing the letter ‘M’. Practical Crafting had gone straight into the recycling bin, along with Upcycle Your Cereal Packets and Bog Rolls Are For Life.

“Nothing, I made cake, I want you to eat my cake.”

Tara grabbed the cake until she had a fistful and offered it up to her mother.

Too late, Tara had filled her Mother’s mouth with cake.

“Oh dear God child, what did you put in this?”

“How…much… chili did you put in it Tara?”

Mother coughed and spluttered as tears streamed down her face. Tara checked her watch and led her mother towards the window.

“Mum, look out of the window mum.”

Tara’s hands fell down to her sides, looking up into the sky she watched forlornly as six small aircraft puffed out the words ‘love you mum, from Tara’.

In a small Coaching House, not a million miles from home

“This was an excellent idea guys, I don’t think even Tara could mess this one up,” said Jason.

The Surprise Guest ~ By Simon Hall